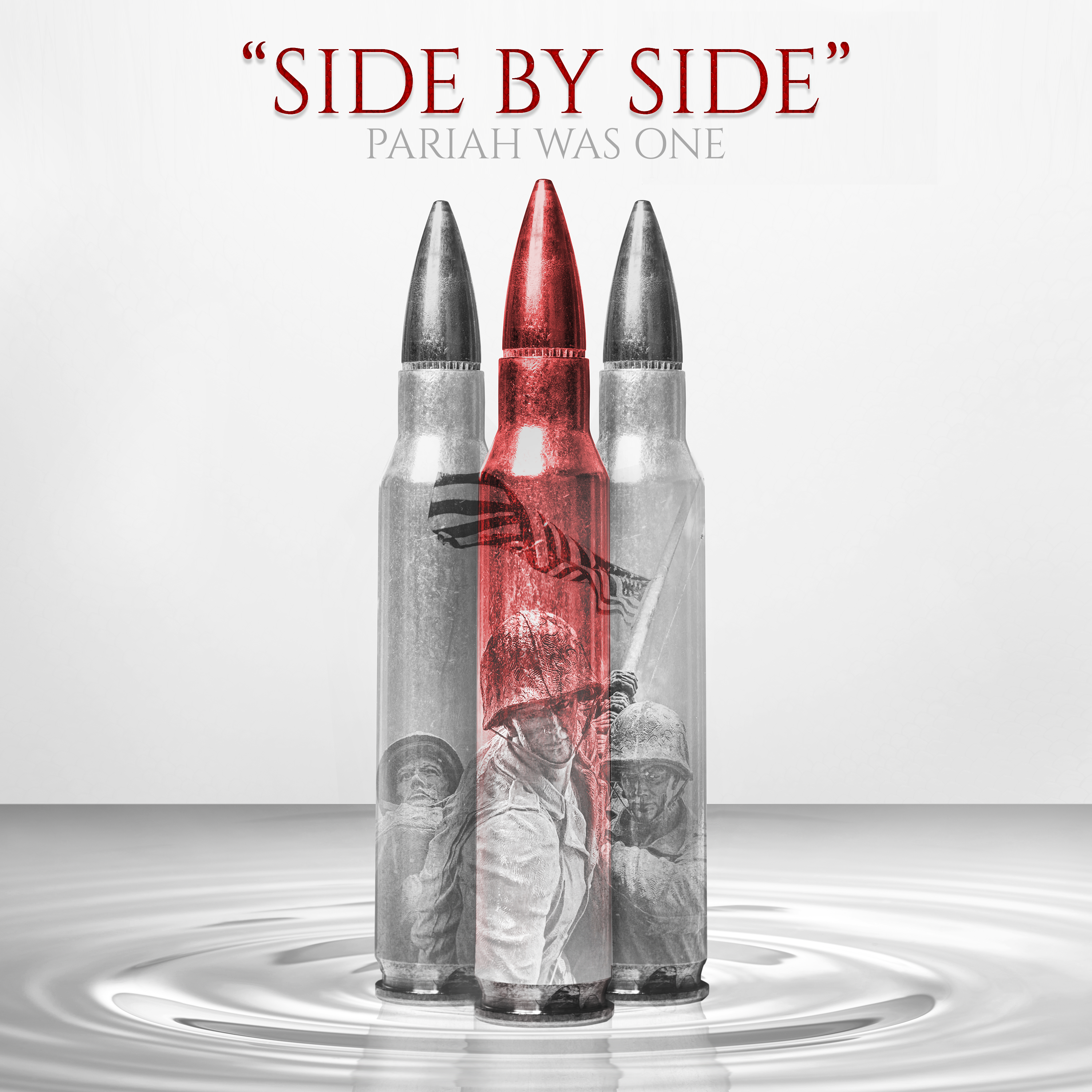 New Single, Side By Side!

Our next single, Side By Side, will drop this Friday, January 14th!!

With the record, Heaven is a Chemical, closing in this February, there are still a few tastes to dish out! Thanks for sticking it out with us.

Check out what Calvin has to say about Side By Side.

“Kevin brought me this song and I had pretty quickly came up with this chorus idea that I was pretty proud of. But I don’t think I was sold on a lyrical direction until Glenn started playing this snare roll on the verses while jamming it. It brought a couple things to mind. I have a lot of vets between my immediate family and my extended family. My Grandfather was a vet. My Father was a vet. Some of my closest friends, people I consider Brothers, are vets. I was too much of a pussy to follow in any of their footsteps, but I deeply respected the path they chose. About 16 years ago, My Best Friend had just gotten out of the army (he would later reenlist). He told me all about the Oath and what it meant to him. He would later be deployed and in the years to follows He would tell me stories about his experiences during that time. The people who had fallen. Friends and Brothers buried. Years later, My Father’s health was deteriorating and the VA was a constant battle to get any extra help. It wasn’t until just before he died that they would give him anywhere near the assistance he needed and deserved. I have met many who have met similar struggles. It made me think that sometimes we forget what some Vets may have faced and are left with. In many cases, we justify or explain it away with “Well, they signed up for it” or “They knew what they were getting into”. I don’t think that’s fair. And no, a song isn’t gonna fix any of that. But I just wanted to attempt to see through those eyes, even just a little, and say on our behalf that we will remember what so many set out to do.”

Side By Side will be available on all major streaming services.
Links and lyrics can be found in the Discography section of our website the day of release.